Did you miss our latest webinar? Here’s the video.

On Saturday, January 14, 2023, the IP-SIG hosted a special panel presentation all about the research library of renowned Palatine researcher Hank Jones. Recently, Jones donated his personal library to the New York Chapter of Palatines to America (PALAM) and to the Germantown (New York) Library where it is now housed. It consists of hundreds of books, periodicals, pamphlets, and other materials documenting years of research on the Palatines—those who went to America in 1710, as well as those who settled in Ireland in 1709. The story of getting the library from California to Germantown is a topic all by itself! 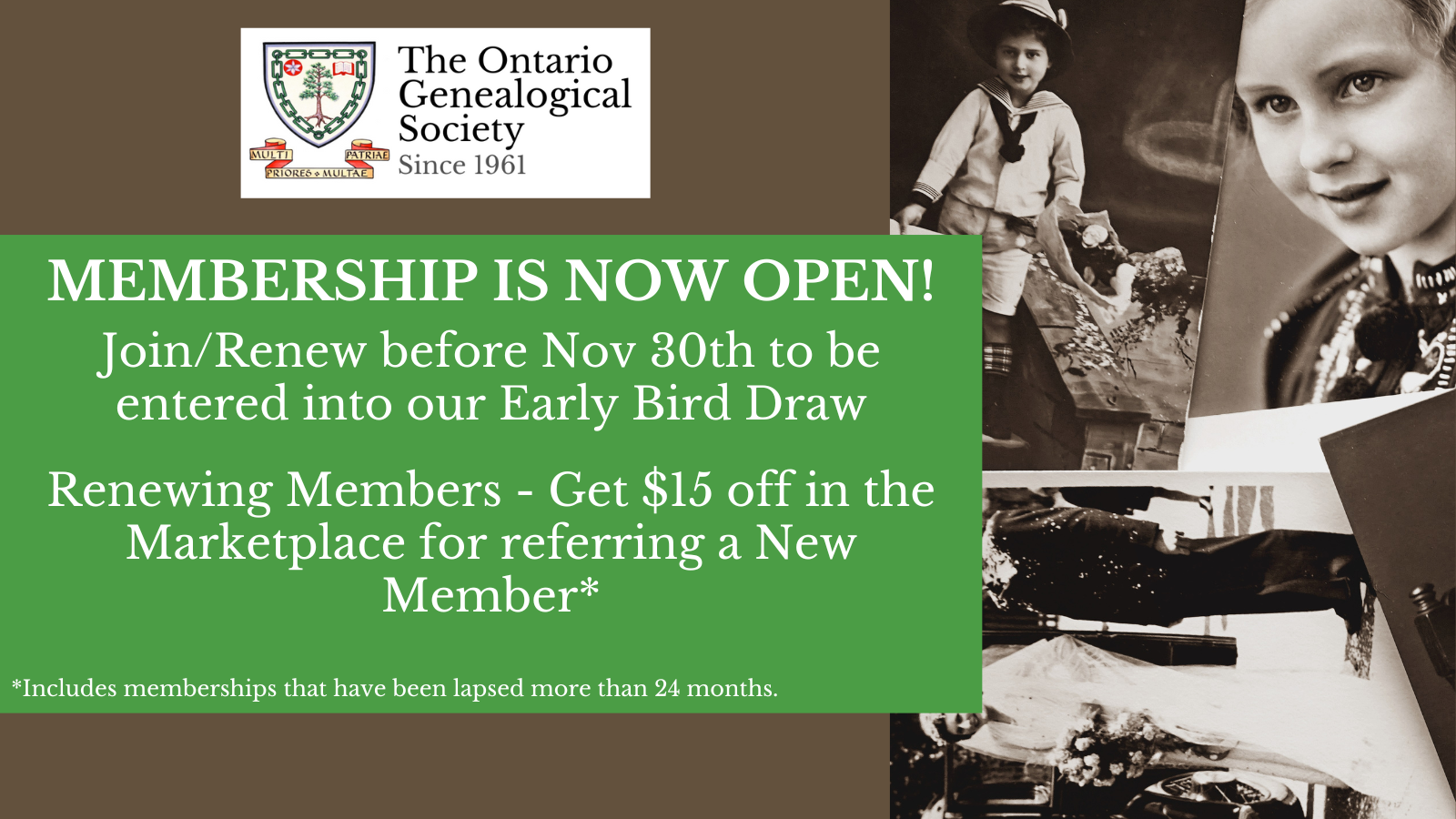 Anyone with a current membership expiry date between November 1, 2022 and December 31, 2022 can now renew their membership for the coming year. Just log into the OGS website, and click on Click to Join/Renew Your Membership. 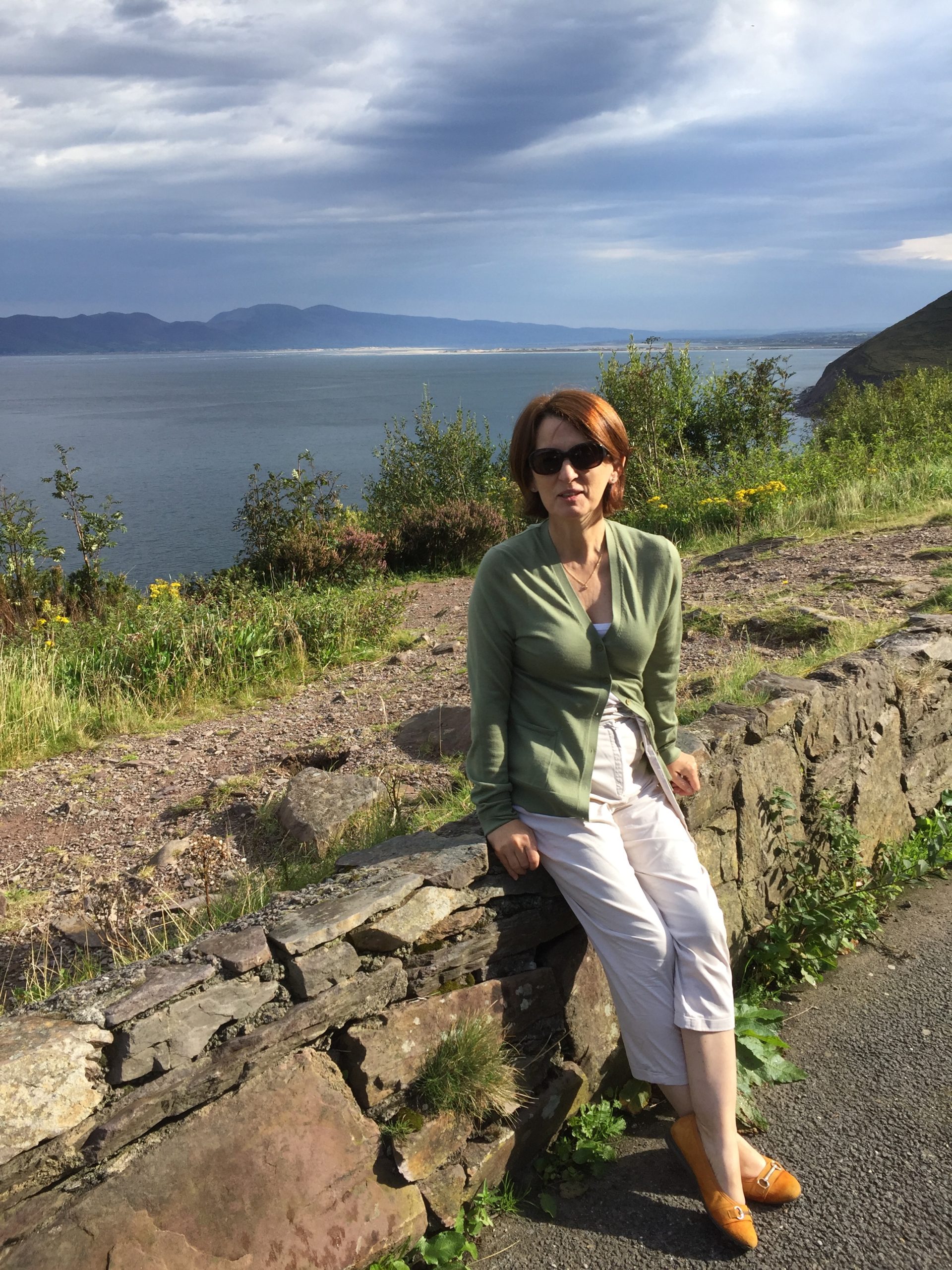 We are grateful to Claire McCormick who joined us from Ireland on Saturday, September 24th, and presented a very interesting webinar  entitled “The Irish Palatines – New Perspectives”.

Claire McCormick is a final year Ph.D. student at the University of Limerick under the joint supervision of Dr. Ciara Breathnach and Dr. Alistair Malcolm. Claire’s dissertation, on Palatine immigration, builds on her 2017 M.A. (History of Family) thesis Whispers on a Landscape – the Irish Palatines 1709-1831. In April 2021 Claire was invited to post a blog on the British History of Parliament website available at: https://thehistoryofparliament.wordpress.com/2021/04/08/whispers-on-a-landscape-palatine-migration-to-england-ireland-and-beyond/

Claire shared some interesting new perspectives on the Irish Palatines based on her extensive research into the archival records and the Irish landscape. We look forward to more research discoveries in future. 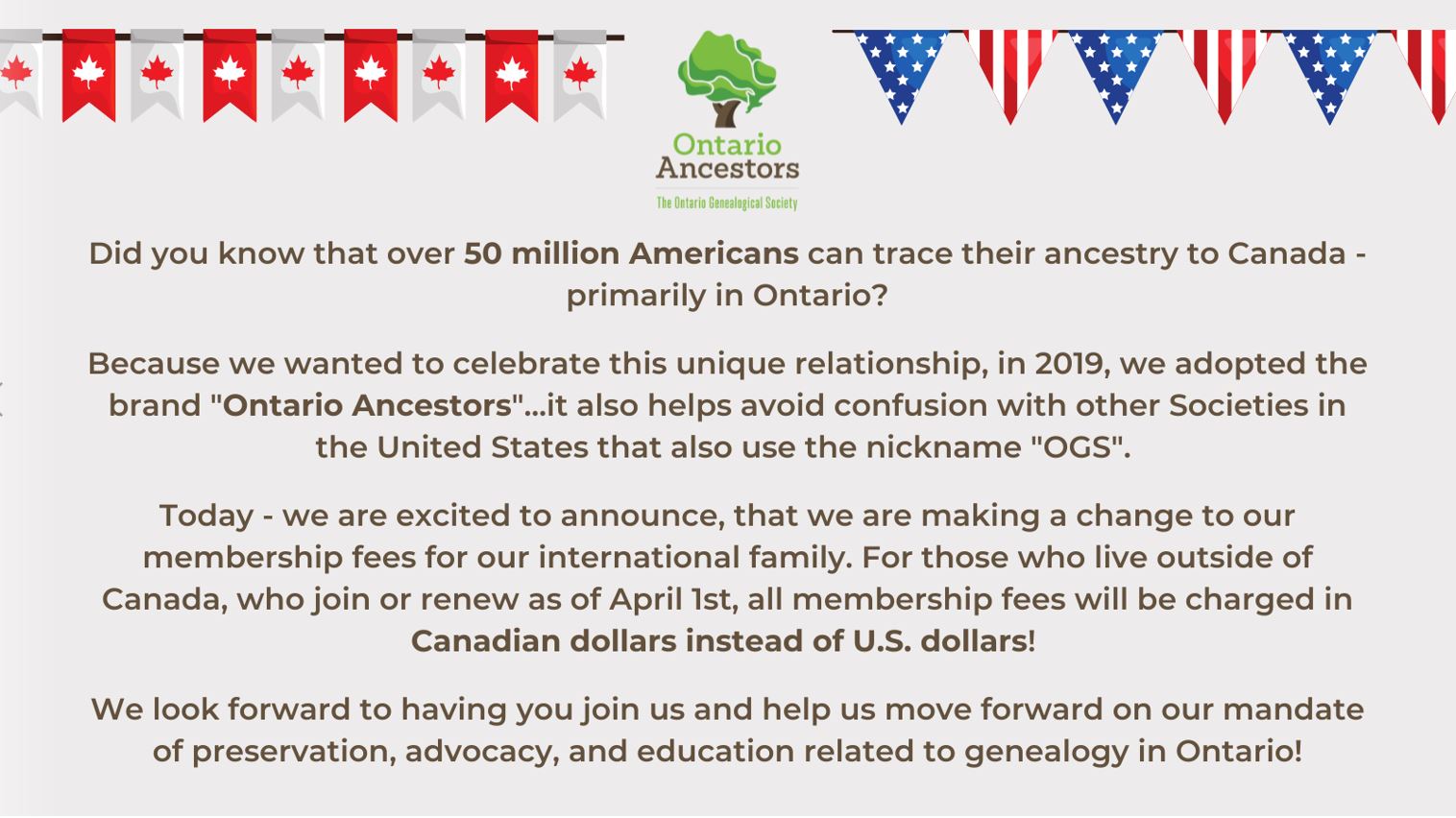 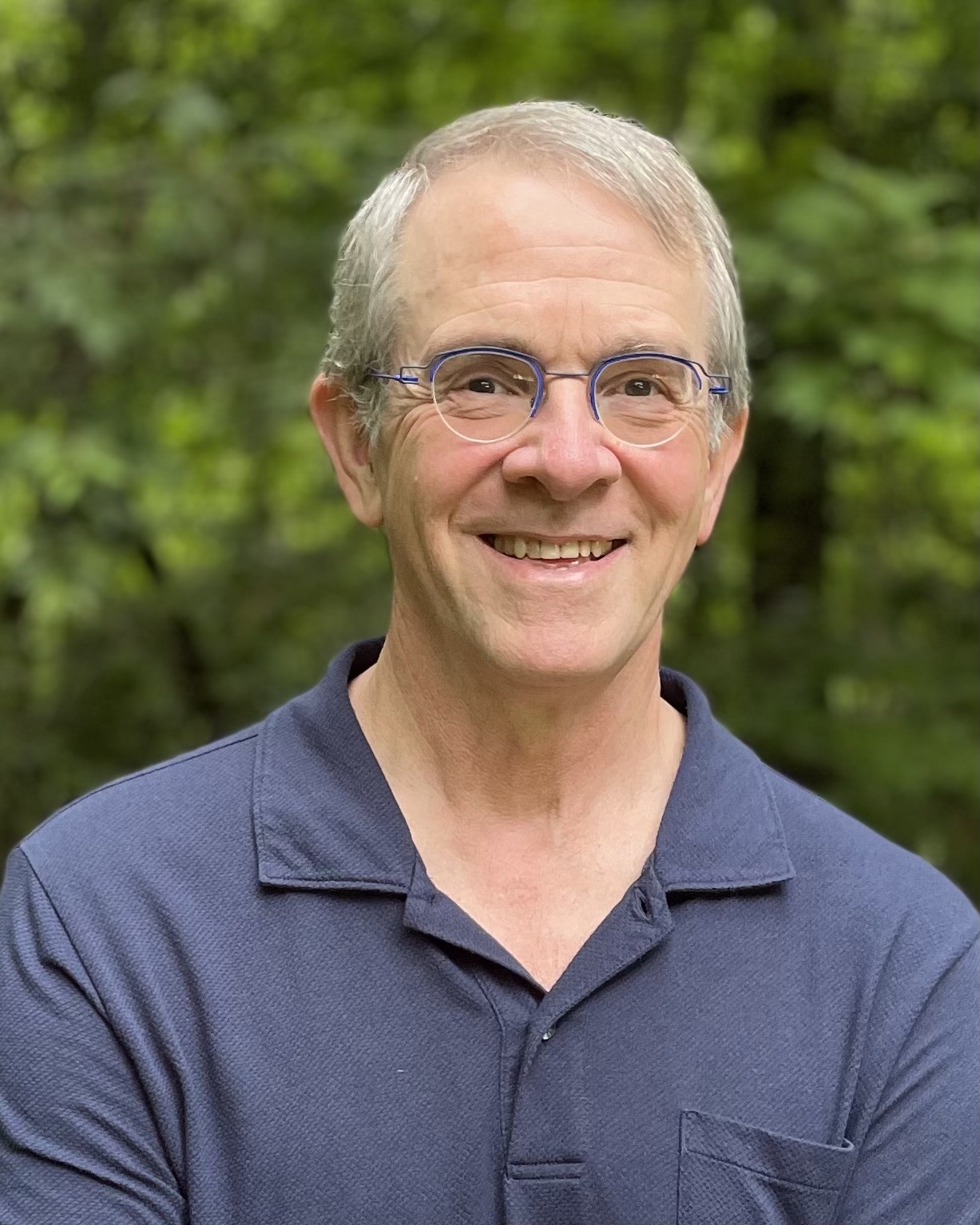 The 1709 migration from the Palatinate to Queen Anne’s England not only affected Ireland, but it had an impact on America as well. Some of those people who sailed in boats from Rotterdam to London with our Irish Palatine ancestors made their way to New Bern, North Carolina in 1710. This is the subject of historian Philip Otterness’s most recent research and he shared his findings with us in this webinar.

Philip Otterness is professor emeritus of history and political science at Warren Wilson College in Asheville, North Carolina. He has degrees in history from the University of Pennsylvania (BA), Cambridge University (MA) and the University of Iowa (PhD). He is the author of Becoming German: The 1709 Palatine Migration to New York (Cornell University Press, 2004), which won the Dixon Ryan Fox Award for the best manuscript on New York state history in 2003. He continues his research on all aspects of the 1709 Palatine migration and is currently working on a book about the Palatine and Swiss migrants who founded the town of New Bern, North Carolina in 1710.

Did you miss our webinar on the Irish Palatines in Quebec? 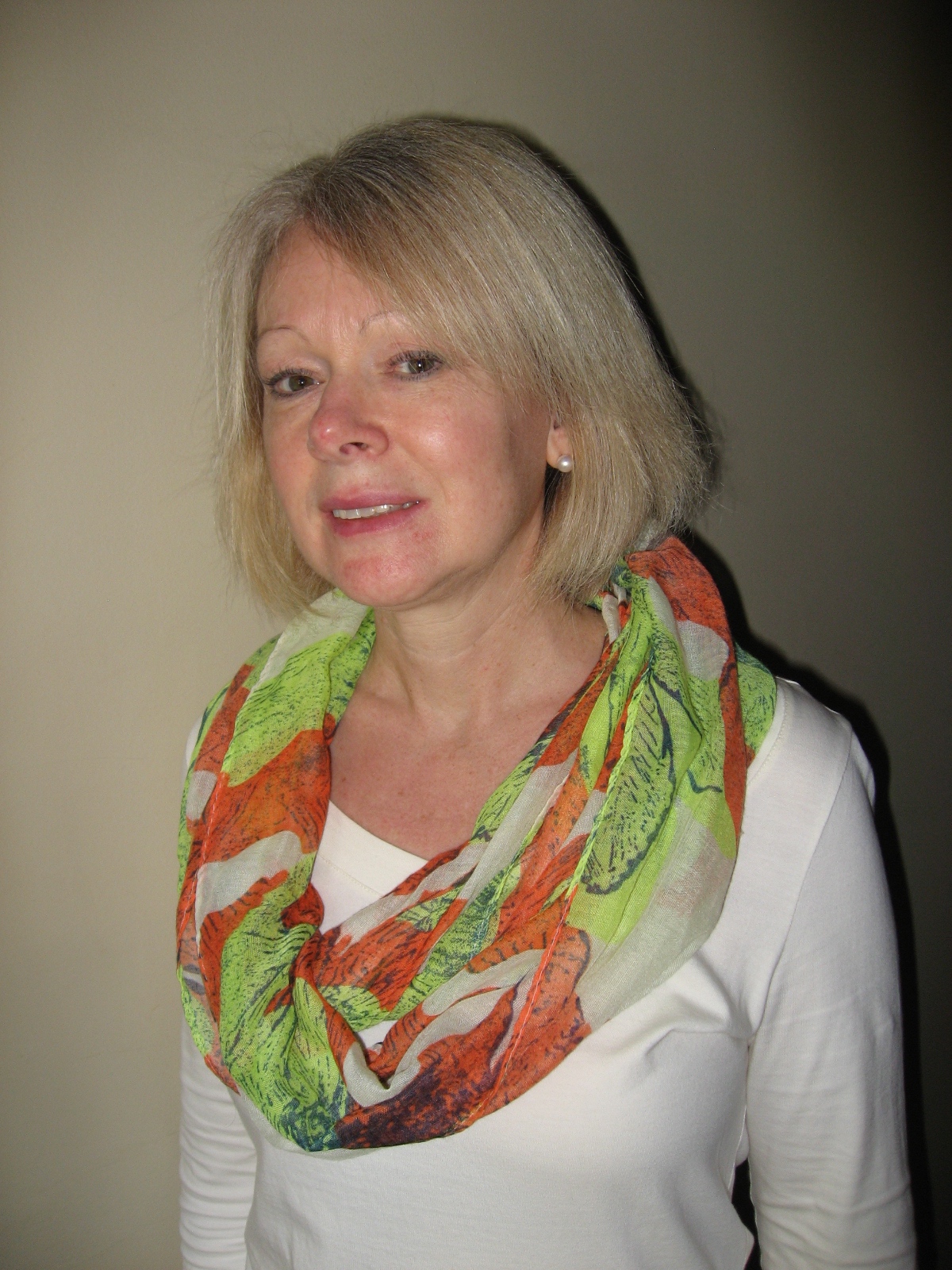 If you missed our webinar on Saturday, September 25th—an exploration of the Irish Palatines in Quebec—members can view it on the Past Webinars page. Carolyn’s talk explored the experience of Irish Palatine Loyalists who had first left Ireland in 1760 and settled in New York and then arrived in Quebec during the American Revolution. Most of them moved on to Upper Canada (Ontario) but a few of them set up home in Quebec’s Missisquoi Bay. She also talked about a group of Irish Palatines who emigrated directly from County Limerick, Ireland in the 1820s to Sherrington Township in southwestern Quebec, south of Montreal. Many of these people did not stay in Quebec due to their poor experiences with the land-granting system. Finally, she spoke about traces of other Irish Palatines pulled from various online historical records sources—hints that many more had settled in Quebec than previously recognized. Speaker and IP-SIG Director Carolyn Heald has been researching the Irish Palatine experience for many years.

The London Lists, compiled for Great Britain’s Board of Trade listing the first four arrivals of Palatines in London in 1709, are a valuable resource for Palatine research—both research on the Irish Palatines and those Palatines who settled in America. Until now, historians and genealogists have had to rely on the flawed transcription published in 1909/10. A completely new transcription of these lists has been compiled and is now available to search. Members can find photographic images of the lists in the Members Only section. Search the London Lists now. 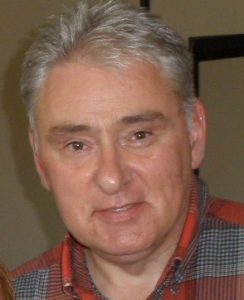 More than one hundred people joined us on Saturday, May 8, 2021 for a guided tour of the Irish Palatine Heritage Centre direct from Rathkeale, County Limerick, Ireland, presented by Austin Bovenizer.

Austin Bovenizer is a founder member of the Irish Palatine Association and has been Chairman since its inception in 1989. He lives at Killeheen one of the parent colony settlements, established in 1709 and can trace the male line of his Bovenizer ancestry uninterrupted back to the village of Undenheim in the Palatinate. With the help of villagers in that town he has been shown records and houses associated with his family. Along with his Bovenizer ancestry Austin has connections to the Delmage, Shier, Switzer and other Irish Palatine surnames.

Members can view the tour on our Past Webinars page.

New Book:  Some German Origins of the Irish Palatines 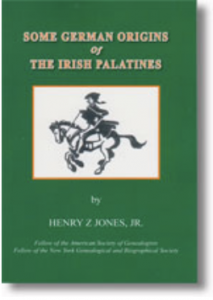 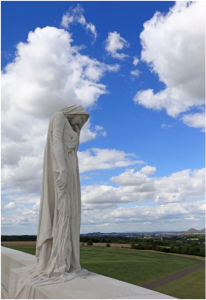 With Remembrance Day fast approaching, the Irish Palatine Special Interest Group is proud to announce that our book We Remember has been printed and is ready for sale.

The book is 120 pages long and has a 2-page write-up for each of 46 Irish Palatine soldiers we were able to identify who made the ultimate sacrifice in the First World War.

You can find an excerpt of the book and information on how to order your copy on our Publications page.

Do you have Shiers in your family tree?

The Shiers were one of the largest Irish Palatine families in Ontario, with concentrations in Brock and Blanshard Townships. Roger Shier, who runs the shiergenealogy.ca website, has generously donated a store ledger that belonged to his great-great-uncle, Jonathan Shier, who lived in Woodham, a village in southwestern Ontario straddling the Blanshard/Usborne township line. The ledger will be of interest not only to those with Shier ancestry, but to anyone with ancestors in that part of Ontario. Find it under “Family Data & Research” in the Members Only section of the website.

Roger was our featured speaker for a webinar held on 31 October 2020. His talk, The Travels, Toils and Triumphs of the Shiers of Brock (and their cousins), can be viewed by members on our Past Webinars page.

Did you miss our first online webinar?

On Saturday, June 13, 2020, the Irish Palatine Special Interest Group offered its first online webinar.  Seventy-six people joined us on Zoom to see Garry Finkell‘s excellent presentation called Seeing Clear Across the Border: Palatine Loyalists from the Hudson Valley.  If you missed it, or want to watch it again, members can find the recording on our Past Webinars page.

The Irish in Canada Podcast