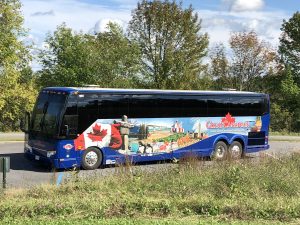 The IP-SIG ran a very successful bus tour in September 2018 with participants from Canada, the United States, England and Ireland.  Below is the call for interest describing the itinerary.

Tour participants will find tour materials (photos, handouts and text of talks given on the bus) on a password-protected page.

The Irish Palatine Special Interest Group of the Ontario Genealogical Society is pleased to announce a new tour, to take place September 13 – 23, 2018. We are again travelling with the Great Canadian tour bus company who did such a fabulous job for us in 2013. We will travel in a comfortable highway coach (toilet included), and we will once again have the assistance of an on-board tour coordinator with concierge service at each hotel for our baggage. 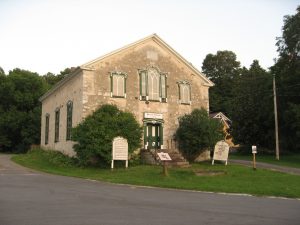 The “In the Footsteps of our Irish Palatine Ancestors Tour” attempts to bridge the gap between the Irish Palatine Association’s 2009 Tercentennary Tour in Ireland and our 2013 “Irish Palatines in Ontario Tour.” We will be following the footsteps of the Irish Palatines who left Ireland in 1760 to go to the New World, settling in New York City and then the Camden Valley, only to have their lives turned upside down once more when the American Revolution broke out in 1776. We will follow the men who fought for the British and who then had to flee to Quebec when Burgoyne was defeated, followed later by their families. We’ll also briefly explore some later Irish Palatine settlements in Quebec.

All breakfasts and dinners are included in the cost of the tour, as are six of the lunches.

The itinerary includes the following (subject to modification):

The Irish Palatine Special Interest Group is working hard to include as much Irish Palatine content as possible as we follow in the footsteps of our ancestors.